Support & Feedback
Home > History > Islamic Posters > What Is Islam And Who Are Muslims?
Back 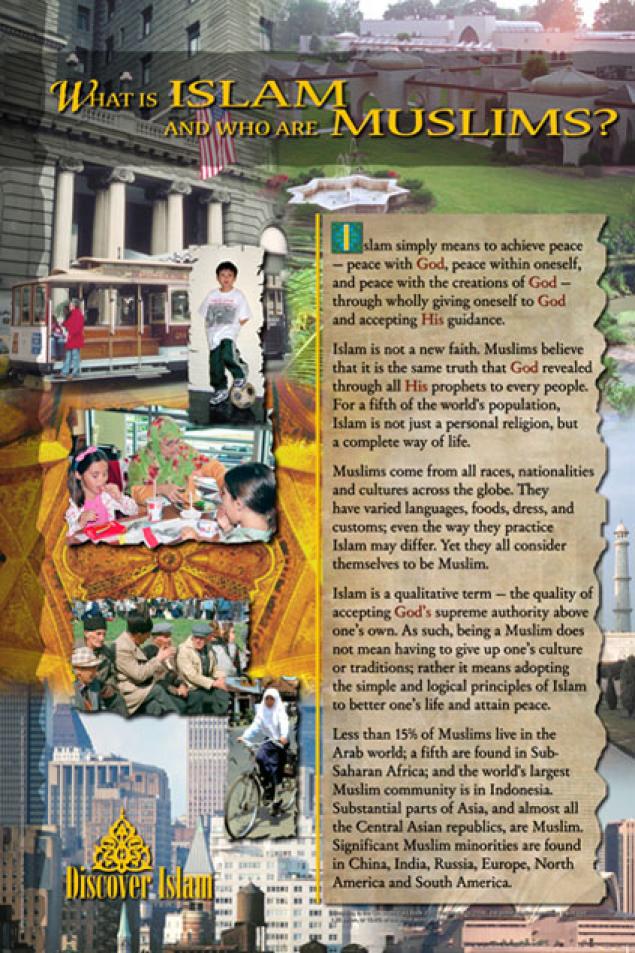 Islam simply means to achieve peace - peace with God, peace with oneself, and peace with the creations of God - through wholly giving oneself God and accepting His guidance. Islam is not a new faith. Muslims believe that it is the same truth that God revealed through all His prophets to every people. For a fifth of the world's population, Islam is not just a personal religion, but a complete way of life. Muslims come from all races, nationalities and cultures across the globe. They have varied languages, foods, dress, and customs; even the way they practice Islam may differ. Yet they all consider themselves to be Muslim. Islam is a qualitative term - the quality of accepting God's supreme authority above one's own. As such, being a Muslim does not mean having to give up one's culture or traditions; rather it means adopting the simple and logical principles of Islam to better one's life and attain peace. Less than 15% of Muslims live the Arab world; a fifth are found in Sub-Saharan Africa; and the world's largest Muslim community is in Indonesia. Substantial parts of Asia, and almost all the Central Asian republics, are Muslim. Significant Muslim minorities are found in China, India, Russia, Europe, North America and South America.