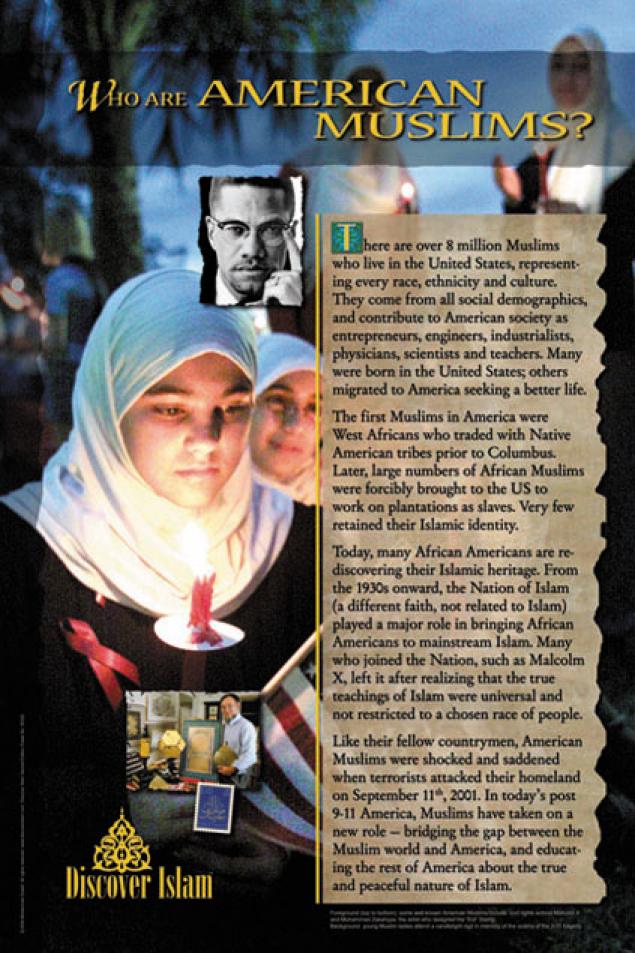 There are over 8 million Muslims who live in the United States, representing every race, ethnicity and culture. They come from all social demographics, and contribute to American society as entrepreneurs, engineers, industrialists, physicians, scientists and teachers. Many were born in the United States; others migrated to America seeking a better life. The first Muslims in America were West Africans who traded with Native American tribes prior to Columbus. Later, large numbers of African Muslims were forcibly brought to the US to work on plantations as slaves. Very few retained their Islamic identity. Today, many African Americans are rediscovering their Islamic heritage. From the 1930's onward, the Nation of Islam (a different faith, not related to Islam) played a major role in bringing African Americans to mainstream Islam. Many who joined the Nation, such as Malcolm X, left it after realizing that the true teachings of Islam were universal and not restricted to a chosen race of people. Like their fellow contrymen, American Muslims were shocked and saddened when terrorists attacked their homeland on September 11th, 2001. In today's post 9-11 America, Muslims have taken on a new role - bridging the gap between the Muslim world and America, and educating the rest of America about the true and peaceful nature of Islam.