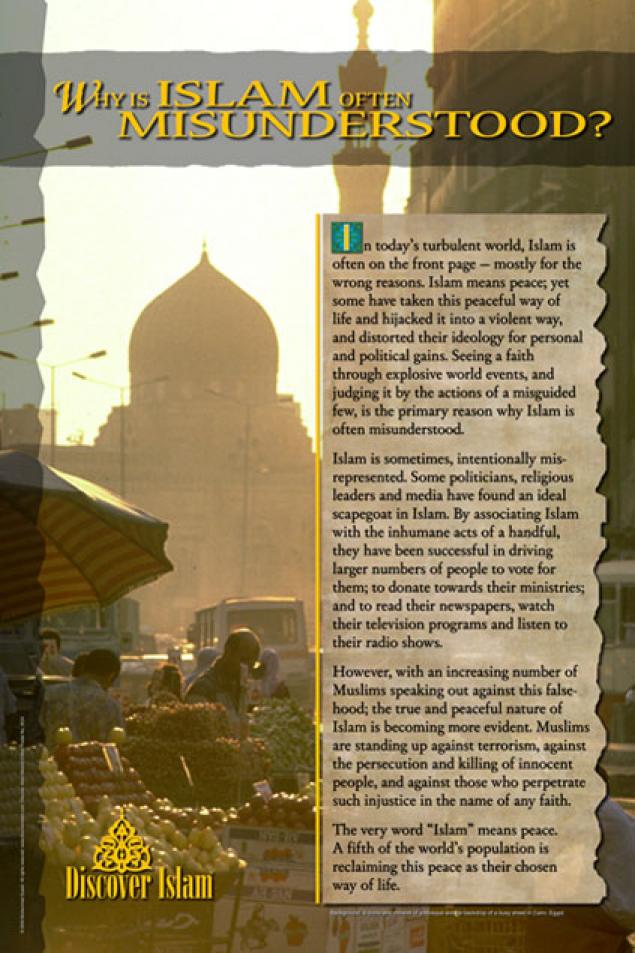 In today's turbulent world, Islam is often on the front page - mostly for the wrong reasons. Islam means peace; yet some have taken this peaceful way of life and hijacked it into a violent way, and distorted their ideology for personal and political gains. Seeing a faith through explosive world events, and judging it by the actions of a misguided few, is the primary reasons why Islam is often misunderstood. Islam is sometimes, intentionally misrepresented. Some politicians, religious leaders and media have found an ideal scapegoat in Islam. By associating Islam with the inhumane acts of a handful, they have been successful in driving larger numbers of people to vote for them; to donate towards their ministries; and to read their newspapers, watch their television programs and listen to their radio shows. However, with an increasing number of Muslims speaking out against this falsehood; the true and peaceful nature of Islam is becoming more evident. Muslims are standing up against terrorism, against the persecution and killing of innocent people, and against those who perpetrate such injustice in the name of any faith. The very word "Islam" means peace. A fifth of the world's population is reclaiming this peace as their chosen way of life.